Diversity and Civil Rights in Brazil

The culture and habits of the people have direct influence on their country’s legal system. When I studied at the University of Southern California, I noticed it clearly. My colleagues were in a lot of countries around the world, and many of these countries had rigorous laws about diversity. Brazilian law, however, allowed choice as an individual liberty for its citizens.

In Brazil, the Federal Constitution guarantees that civil rights completely respect diversity. We live in a country and world marked by diversity, by the pluralism of ethnicities, peoples, identities, subjectivities, and representations. Diversity is something that makes up the human condition and is intrinsically linked to the idea of humanity, which exists and is possible only with diversity. Diversity can be understood in different forms, being more commonly related to the notions of variety, plurality, and difference. The diverse, therefore, is the difference, in that one is also equal to me while I am different than the other.

See below Article 5 of the Brazilian Federal Constitution (highlights are the author’s):

Chapter One: Individual and Collective Rights and Duties

All persons are equal before the law, without any distinction whatsoever. Brazilians and foreigners residing in the country are ensured of inviolability of the right to life, to liberty, to equality, to securityand to property, on the following terms:

I – men and women have equal rights and duties under the terms of this Constitution;

II – no one shall be obliged to do or refrain from doing something except by virtue of law;

III – no one shall be submitted to torture or to inhumane or degrading treatment;

IV – the expression of thought is free, and anonymity is forbidden;

V – the right of reply is ensured, in proportion to the offense, as well as compensation for property or moral damages or for damages to the image;

VI – freedom of conscience and of belief is inviolable, the free exercise of religious cults being ensured, and under the terms of the law, the protection of places of worship and their rites being guaranteed;

VII – under the terms of the law, the rendering of religious assistance in civil and military establishments of collective confinement is ensured;

VIII – no one shall be deprived of any rights by reason of religious belief or philosophical or political conviction, unless he invokes it to exempt himself from a legal obligation required of all and refuses to perform an alternative obligation established by law;

IX – the expression of intellectual, artistic, scientific, and communications activities is free,independently of censorship or license;

X – the privacy, private life, honor, and image of persons are inviolable, and the right to compensation for property or moral damages resulting from their violation is ensured;

XI – the home is the inviolable refuge of the individual, and no one may enter therein without the consent of the dweller, except in the event of flagrante delicto or disaster, or to give help, or during the day by court order;

XII – the secrecy of correspondence and of telegraphic, data, and telephone communications is inviolable, except, in the latter case by court order in the cases and in the manner prescribed by law for the purposes of criminal investigation or criminal procedural finding of facts;

XIII – the practice of any work, trade, or profession is free, observing the professional qualifications which the law shall establish;
XIV – access to information is ensured to everyone, and the confidentiality of the source shall be safeguarded whenever necessary to the professional activity;

XV – locomotion within the national territory is free in time of peace, and any person may, under the terms of the law, enter it, remain therein, or leave it with his assets;

XVI – all persons may hold peaceful meetings without weapons in places open to the public, regardless of authorization, provided that they do not frustrate another meeting previously called for the same place, subject only to prior notice to the competent authority;

XVII – freedom of association for lawful purposes is fully guaranteed, any paramilitary association being forbidden;

XLII – the practice of racism is a non-bailable crime, with no limitation, subject to the penalty of confinement, under the terms of the law.

The Brazilian Federal Constitution determines the full range of diversity, specifically about religion, race, and sex. No one shall be deprived of any rights by reason of religious belief, philosophical or political conviction, race, or sex.

In Brazil, homosexual marriage has been extended throughout the country since May 2013, when Resolution 175 of May 14, 2013, of the National Justice Council (CNJ) came into force. According to this, notaries nationwide cannot refuse to celebrate same-sex civil marriages. Before that, there were already decisions from the Federal Supreme Court (STF) and the Superior Court of Justice (STJ).

However, since the first decision of the Federal Supreme Court removed the LGBT population from legal invisibility, there is a need for a position change. The trial did not serve exclusively to recognize homosexual couples as a family; this range was far greater. It has become a landmark in guaranteeing human rights.

Furthermore, as a multiethnic country, Brazil is strict in its fight against racism. Racism is a non-bailable crime. Religious tolerance also exists in Brazil.

Imagine if the more than 6.5 billion people on the planet were the same. That would not be fun, would it? Diversity is one of the greatest riches of humankind, and the existence of different individuals in a city or country with their different cultures, ethnicities, and generations make the world more complete.

José Vinícius Bicalho Costa Jr. is an attorney at law in Brazil and Portugal. He has his master of laws (LL.M.) from the University of Southern California Gould School of Law, a master’s in business law from Milton Campos Law School/MG, a postgraduate in business law from CAD-UGF/RJ, a specialization in sports law with FGV, and he graduated in law from FUMEC University/MG. He is also a professor of legal environment MBA in management of health at Faculdade de Ciências Médicas/MG and professor of business law at Centro Universitário Newton Paiva/MG and FAMINAS/MG. 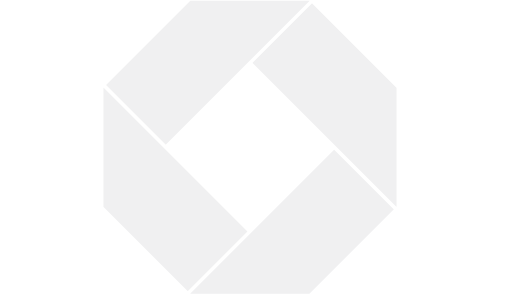